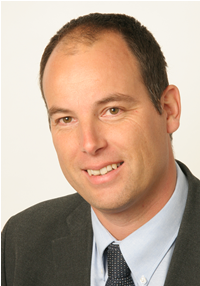 Why do I want a No-scalpel Vasectomy rather than a conventional one?

What is Different about a No-Scalpel Vasectomy?

No-Scalpel Vasectomy is different from a conventional vasectomy in the way the doctor gets to the tubes and interrupts them. In a conventional vasectomy the doctor makes one or two small cuts in the skin and lifts out each tube in turn, cutting them and tying a stich around each end of each tube so the sperm cannot reach the semen. Then the doctor stitches the cuts closed. In a No-Scalpel Vasectomy the doctor feels for the tubes under the skin and holds them in place with a small clamp. Instead of making two incisions, the doctor creates one tiny opening with a special instrument. The tubes are then cauterised and interrupted using new and advanced techniques through hyfrecator equipment. The procedure is “open ended” resulting in significantly reduced discomort following he procedure. There is very little bleeding with the No-Scalpel technique. No stitches are needed to close the tiny opening, which heals quickly, with no scar. No-Scalpel Vasectomy was invented by a Chinese surgeon, and is used throughout China. It has since been introduced in many countries all over the world and considerably improved.

Yes, very well. Failure rates are the lower than in some other procedures i.e. clips etc. There is a less than 1% chance of failure. And remember, even a failure can be sorted out.

What is a vasectomy failure?

Failure means, that following a procedure and a sufficient time gap allowing for all sperm to die you still have life sperm in your semen. The chances are usually around 1:200. Once you have been cleared the chance of a failure afterwards however is remote, probably 1:2000. Failure can happen due to different reasons. Provided the surgeon is experienced it is usually due to so called “spontaneous recanalisation” of the vas. This means the “tubes” grow together again following a procedure. If a failure happens your semen sample will not be negative, but contain life sperm. A repeat procedure would be required. Occassionally chance of failure can be higher due to previous surgery or injuries and the resulting scarring in a patients scrotum.

Do I need my GP to refer me?

No. Just call us and make an appointment (unless you qualify for NHS treatment in which case you have to ask your GP to refer you)

How long will the No-scalpel Vasectomy Procedure take?

You come to see us for a consultation at which I explain the procedure and answer your questions. You may be given some pre-medication at that time. Your partner does not have to attend with you, but it may be helpful if she does. You then book in for the procedure to be done on another day. The procedure will take about 10-20 minutes on average, but overall you will be about 60 minutes at the clinic. You should bring somebody with you to drive you home.

You may be nervous before the vasectomy. Some patients request a pre-medication you can take an hour before the procedure to relax you. However, most patients decide they do not need a sedation once we had a chat and they feel more confident and comfortable. You will feel some discomfort when the local anaesthetic is injected into the skin. However you should not feel any discomfort after it has taken effect. Occasionally a patient may require additional local anaesthetic during the operation. We are pleased to wait until you are comfortable should this happen. Afterwards you may experience some discomfort, but normal “over the counter” painkillers are usually all it needs to alleviate any possible discomfort. After-effects are usually much less with the no-scalpel technique, because there are fewer injuries to the tissues and many patients do have virtually no discomfort at all. There are also no stitches to be removed after the procedure (as the small single incision does not need suturing). You will be supplied with a complete set of instructions about what to do after surgery.

Can I drive home after No-Scalpel Vasectomy?

We prefer you to be driven by somebody. We usually use a local anaesthetic mixture, which states that you should not drive until the next morning (this is the long acting mixture, which reduces pain significantly). We can use a short acting local anaesthetic, which only does not let you drive for 2 hrs, but you have to warn us before the procedure and your pain levels once it wears off may be increased. While dentists regularly use local anaesthetic and never warn us, the insurance could be invalidated if you let them know you had a vasectomy with local anaesthetic.

As you should rest, initially, we would hope you can keep your car journey as short as possible. The initial period after surgery is crucial for a recovery with little or no side effects. If you have to drive yourself ensure you are driving an automatic car and you drive no more than a short distance. Following this advice will reduce vibration and rubbing of your scrotum right after surgery.

Can I fly home after surgery?

While flying itself is not a problem, airports are usually stressful. We therefore, and for other reasons, advise to book the flight back no earlier than Tuesday. After vasectomy, you should preferrably lie down, be reclined or at least rest sitting after surgery for 6 hours to minimise circulation and the possibility of side effects. For 48 hours you should do pretty little. You should not stand in an airport for hours or handle heavy luggage. Please refer also to the section designed for international customers.

How soon can I get back to work?

We advise to relax for 48 hours following your vasectomy and not to do any heavy physical labour for about a week. Otherwise you are free to return when you wish to.

Will vasectomy change me sexually?

The only thing that will change is that you will not be able to make your partner pregnant. Your body will continue to produce the hormones that make you a man. You will have the same amount of semen. Vasectomy won’t change your beard, your muscles, your sex drive, your erections, or your climaxes. Some men say that without the worry of accidental pregnancy and the bother of other birth control methods, sex is more relaxed and enjoyable than before.

Will I Be Sterile Right Away?

No. After a vasectomy, there are always some active sperm left in your system. It takes at least 30 ejaculations to clear them. New guidance also tells us, that the vas deferens can re-canalise for at least 16 weeks. You and your partner should use some other form of birth control until your semen has been tested and we write to you it is free of sperm.

When Can I Start Having Sex Again?

As soon as you are comfortable, a week is probably a good guidance, but remember to use some other kind of birth control until we let you know you are sterile.

Does No-Scalpel Vasectomy Cause Any Medical Problems?

Most medical experts, including special panels convened by the National Institutes of Health and by the World Health Organization, have concluded that vasectomy is a safe procedure. A number of studies have examined the health effects of vasectomy. The body of research evidence continues to be reassuring and suggests that vasectomised men are no more likely than other men to develop heart disease, cancer (except prostate cancer), or other illnesses. However a study released by the Journal of Clinical Oncology on 7-July-2014 has linked vasectomy to prostate cancer. While the study did not show that vasectomy caused prostate cancer it showed that the group of men they studied had a increased risk of aggressive prostate cancer from 16 in 1000 to 19 in 1000. This could be caused by a large number of different factors, for more information, click here. Most expert organisation now advise that this study is not true, but we feel we want patients to be welll informed.

There is research evidence, that an estimated 1:400 men (source ASPC) can get post vasectomy pain, which means they suffer pain, which can start some months after vasectomies. I counsel each and every patient I see about this issue and about the need to see me should they suffer, even if it occurred months or years afterwards. However, despite of this counselling verbally AND in writing, I very rarely see somebody with pains several months or longer after their vasectomy. Furthermore, the 6-10 patients I have seen over the last 12 years, appeared to improve over time with treatment.

In terms of PVP and comparisons with other surgical procedures my view is the following: The risk of PVP is no different than the possibility of suffering permanent pain after a hernia OP (5%), the permanent sensitivity of a tooth after filling (5-10%) or even the fact a whiplash could persists more than the usual 2 weeks after a road traffic accident, in some cases for years or life (5%). Would this stop you driving?

On the internet “up to 43% of patients” are suffering PVP and “vasectomy should be banned”. Furthermore there are claims that vasectomy could leave you with severe Erectile Dysfunction etc. Please be assured this is not evidence based. While vasectomy will not cure a pre-existing ED problem, it won’t cause it neither.

Once a patient from the US contacted me very unhappy I was carrying out vasectomies. He had suffered PVP and I responded: Click here for some further information / my own thoughts.

Will No-Scalpel Vasectomy Protect Me from Getting or Passing on STIs or AIDS?

No. It will only prevent you from making your partner pregnant. If you or your partner have a sexual infection, or have more than one sexual partner, the best way to protect yourself and your partner is to use a latex condom.

Are there any patients you who definitely need a prior consultation?

Some vasectomies are more difficult than others and I would definitely like a chat with you prior to your operation if you fit in any of the following categories of patients:

Please be aware, vasectomies in patients with prior surgery can sometimes be difficult to perform and have a higher risk of failure:

Can I still ejaculate after No-Scalpel Vasectomy?

A common question in my clinic. Yes you can, because most of your sperm is your semen, which is mainly made in the prostate (that is one of the main reasons you have a prostate). Once cleared you will have empty ejaculations. Even the volume is not much reduced, usually no more than 3-7%.

Where does the sperm go?

Nothing much has been written about this, it is therefore one of the most common questions I get asked. My own theory according to medical school knowledge is, that small numbers of sperm get digested by helper cells in the body, called macrophages. Larger amounts of sperm form little sperm granulomas, which are usually a good sign as they indicate

However, please be aware, that you must wait for confirmation of a successful vasectomy in writing after supplying a semen sample after 16 weeks.

Can a No-Scalpel Vasectomy be reversed?

No more than any other vasectomy procedure. Although No-scalpel-vasectomy is quick, easy, and convenient and causes very little discomfort it should be considered permanent. Reversal operations are expensive and often unsuccessful. If you are thinking about reversal, perhaps vasectomy is not right for you… © Dr Martin Kittel, MRCGP, DRCOG, DFFP