Your reasons for a No-Scalpel Vasectomy

Before you start reading below, watch this short video why Dr Kittel believes vasectomy is a good idea for men who are keen on permanent contraception. The main Reasons for a No-Scalpel Vasectomy are to support the happiness, safety and stability of the families, couples or individuals seeking a permanent form of contraception.

When making the decision to have a vasectomy patients often want to increase safety in their lifes. We aim to support this decision by offering you an excellent service. No scalpel vasectomy is a safe and effective method designed to help you to make having sex easier, safer and therefore usually more enjoyable. 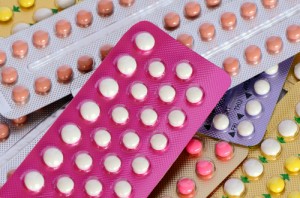 John is 40 and his wife Jenny 35. They have two lovely children, Oliver, 8 and Emily 6. John has decided that Jenny had to endure a lifetime of contraception and has taken more than her due in pills. He now wants a vasectomy, because he thinks it is one of the ways to stop worrying about contraception. They both agreed that they do not want any more children. Jenny has recently been diagnosed with increased blood pressure by her doctor and been advised to take the pill no longer. Mike is 35 and his partner Tracey is 36. They have both 3 children Alex 9, Charlotte 7 and Poppy, 3. After trying a variety of contraceptive pills and the injection Tracey has tried the coil. However, she bled non-stop for 6 months and the coil had to come out. Also, Mike wants some really safe and non-reversible contraception, because he had enough of nappies and they really cannot afford another baby. They were really worried recently, when Tracey did not come on her period in time. Fortunately for them, everything was fine, but it made them think. Currently, Mike and Tracey are using condoms. However, they now feel they want to be a lot safer and also find the process of using condoms not very intuitive. Hugh is 47 and his partner Jane is 45. They both have children from a previous relationship, but do not want any more children together. Jane’s children live with them and with Janes age they are also worried about a disabled child, for example Down’s syndrome. They decide for a vasectomy. Jane’s previous partner has had a vasectomy and she has been really worried about a pregnancy, because they are not safe. She is currently taking the pill, but she says she is falling pregnant when only looking at a man and feels, that despite of her advanced age she is not safe. She has “encouraged” Hugh, who was worried at first and is still worried about the vasectomy. In fact he has been thinking about it for years and the fear about the procedure has always stopped him having a vasectomy. 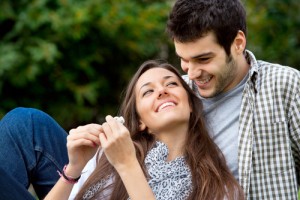 Mervin is 28 and his partner Jo is 35. Mervin never wanted children nor does Jo and they both want to grow old together and follow their career paths. They love travelling and also both are working for an international charity bringing relief to remote regions. Martin is a single man, 30 years old, and never wanted any children. He has no current fixed partner, but likes to be safe when having sex. A relationship with a partner, who wants children would be a non-starter. He wants a vasectomy to ensure he can have control and does never have to worry again.